Once when I was a preteen, I ate too much at a church picnic. I know, haven’t we all? Anyway, I felt really sick afterward—I mean really sick. One of the last things I had eaten at the picnic was a pie with a graham cracker crust. For years, I couldn’t eat pies with graham cracker crusts because I connected graham cracker crust with how sick I felt. I knew that it wasn’t the graham cracker crust itself that made me sick, it was everything I had eaten—the hamburgers, chicken, chips, brownies, ice cream, etc.—but because I had eaten that pie last, I associated it with being sick. Even now as I write about it, I feel a tad queasy.
That experience at the church picnic resulted in me having a visceral response to the taste, site, smell, or even thought of graham cracker crust—a response that still lingers to this day, some 30 years later. The response is immediate and deep, deep down within me. I don’t have to do anything to feel queasy. Don’t have to think about it. It just happens. It’s automatic.
Looking at this week’s Bible story, God Called Isaiah (Unit 13, Session 4), I see two visceral responses from Isaiah, although his were much more positive and meaningful than my reaction to crumbled up graham cracker.
Our story opens with a time stamp—an important one—it was the year when King Uzziah died. Uzziah had been king for over 50 years and 2 Chronicles 26 tells us that he was a good king, although later in his life he became arrogant and sinned against God. Once again, we are reminded that no king is good enough; we need a better king, a perfect king—we need Jesus.
So why is this detail important? Well, put yourself in the sandals of an Israelite in that day. You probably only knew one person as your king for your entire life—Uzziah. For better or worse, he was your king and his death was probably jarring. Your king was dead. Now what?
That is why Isaiah’s vision is so powerful. King Uzziah was dead, but Isaiah saw a different King, a better King, sitting on a throne. He saw God, and he saw God in His glory.
God was sitting high and lofty on His throne and His robe filled the temple. Six-winged seraphim—angels—flanked Him and called out:

Holy, holy, holy is the Lord of Hosts;
His glory fills the whole earth.

The ground shook when they spoke—their voices were that powerful—and the temple was filled with smoke.
Now, that’s quite a scene! And this is when we see Isaiah’s first visceral response. He immediately is filled with woe. Why? Because standing in the presence of holy God resulted in him recognizing his sinfulness and he knew that those two realities could not co-exist. Sinful man cannot stand before holy God.
Isaiah’s visceral response is the proper response when we encounter God. All of us should respond the same way. The holiness of God should drive us to our knees in humble despair because we know we are not fit to stand before Him.
This is a vital preliminary aspect of the gospel.We must recognize and appreciate our need for God to make things right between us because we cannot.
And that is exactly what God did with Isaiah. One of the seraphim flew to Isaiah and placed a burning coal on Isaiah to cleanse him. Isaiah’s wickedness was removed and his sin was atoned for. It was an act of God’s grace.
And that’s what God did for us through Jesus. God acted out of His unending grace. He provided Jesus who removed our sin and made atonement for us. Recognizing our sinfulness might be the sobering valley of the gospel, but God’s initiative to forgive through Jesus is the beautiful, joyous pinnacle of the gospel! The lower the valley, the more moving the view from the height of the mountain peak.
And that is what Isaiah seemed to experience a moment later when God asked who He should send on His mission to share prophecy with Israel. Again, Isaiah seemed to respond viscerally.
“Here I am. Send me.”
Notice how definitive Isaiah’s response was. It wasn’t a weak, “Well, I guess I could go if You can’t find anyone better.” It was simply, “Me. Send me. I’m the one.”


I believe Isaiah responded that way as a result of the grace he had just received from God. And that is the third aspect of how the gospel works. We recognize our sin and need. We trust in Christ and experience God’s beautiful grace. Then we respond with joyful, grateful obedience to God out of our changed hearts. That’s the gospel. That’s what we see unfolding in the story if Isaiah’s call. It’s beautiful, isn’t it?
Enjoy showing your kids this picture of the gospel and talking about how the gospel changes us from the inside out. Encourage your kids to allow God to stir love in their hearts so that they respond naturally—viscerally—as Isaiah did when God calls them to act too.
How have you seen God change your heart so you respond like Isaiah? Leave a comment below.
Here is more help for leaders preparing for the September 25, 2016 session (Unit 13, Session 4) of The Gospel Project for Kids. 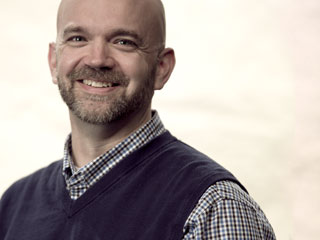 Brian Dembowczyk is the team leader for The Gospel Project for Kids. He served in local church ministry for over 16 years before coming to Lifeway. Brian earned an M.Div. from the Southern Baptist Theological Seminary and a D.Min. from the New Orleans Baptist Theological Seminary. Brian, his wife, Tara, and their three children—Joshua, Hannah, and Caleb—live in Murfreesboro, TN, where Brian enjoys drinking coffee and teaching 4-5 graders at City Church.